Disc golf in Middle Tennessee is abuzz with excitement surrounding the grudge match pitting Drake Abernathy against Dave Quint. The event is scheduled for July 15th at 1:00pm at Woodland Park Disc Golf Course in Columbia, TN. The match will be open to the public and a gallery is welcome. The event will also be live-streamed on Facebook for the MILLIONS watching at home. With each passing day, the excitement builds and spreads throughout the country.

Players from other clubs are beside themselves with jealousy & absolute confusion 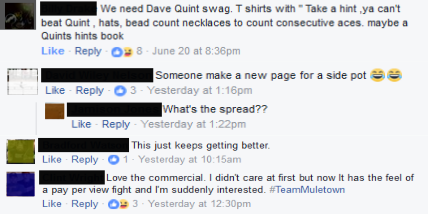 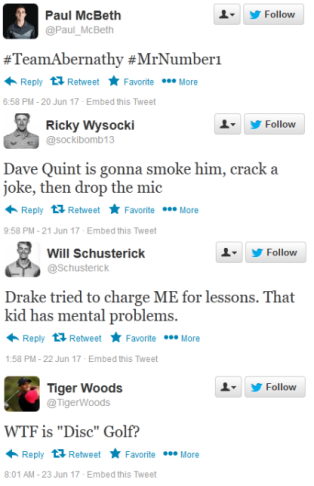 Looking back at Muletown’s Spring League, Dave Quint averaged 2 stokes better than Mr Abernathy during league play. Dave also won 3 of 6 matches head to head against Drake during the league with Drake taking 2 and 1 ending in a tie.

Initial reaction would be to take Dave Quint for the win, but smart money knows that Dave also recently underwent surgery, so there’s question around his ability to compete at the same level he did during league. Drake Abernathy has also been rising in the disc golf ranks recently picking up a sponsorship from RippitDiscGolf.

Vegas has set the line at an even 50/50. Nobody knows how it’ll play out. Grab your cash and/or silver bullion and BET THE HOUSE!